America’s energy sector has shown once again how vulnerable it is to natural and manmade events following the shutdown of the Colonial Pipeline that was resolved with a $5 million ransomware payoff in difficult-to-trace cryptocurrency.

The incident underscored the immense pressure faced by the Georgia-based operator to get gasoline and jet fuel flowing again to major cities along the Eastern Seaboard. The hackers, who the FBI said are linked to a group called DarkSide, specialize in digital extortion and are believed to be located in Russia or Eastern Europe. 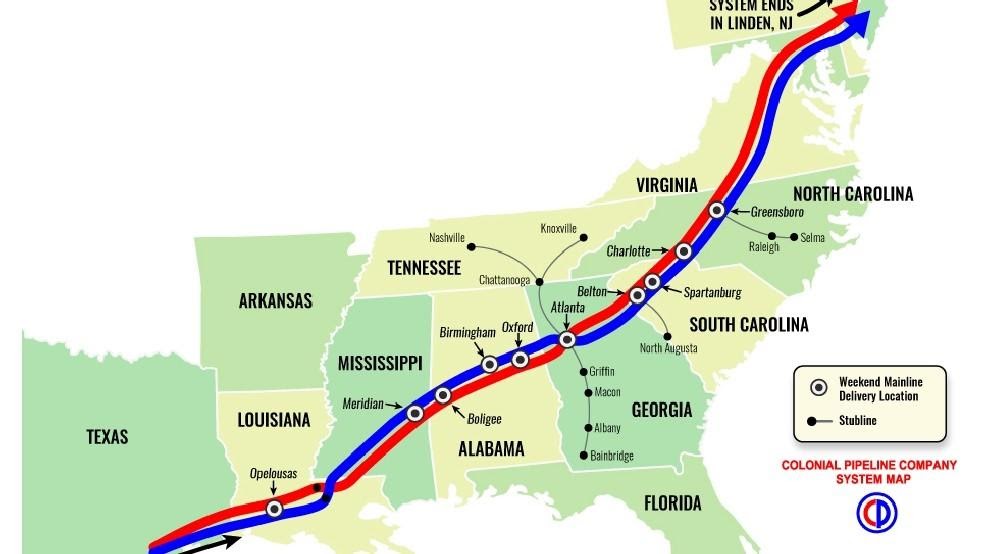 Back in December 2020, a group believed to be Russia’s Cozy Bear gained access to government and other systems through a compromised update to SolarWinds’ Orion software. On a page on its website that was taken down after news broke out, SolarWinds stated that its customers included 425 of the U.S. Fortune 500, the top 10 U.S. telecommunications companies, the top five U.S. accounting firms, all branches of the U.S. military, the Pentagon and the State Department, as well as hundreds of universities and colleges worldwide.

In an April 12, 2021, “60 Minutes” interview between Scott Pelley and Fed Chair Jerome Powell, it is made clearly known that cyberattacks are number one threat to the economy and the stock market on the mind of the Fed officials.

Scott Pelley: “The chances of a systemic breakdown like in 2008 are what today?”

Jerome Powell: “The chances that we would have a breakdown that looked anything like that where you had banks making terrible loans and investment decisions and needing and having low levels of liquidity and weak capital positions, and thus needing a government bailout, the chances of that are very, very low. Very low. But the world changes. The world evolves. And the risks change as well. And I would say that the risk that we keep our eyes on the most now is cyber risk. That’s really where the risk I would say is now, rather than something that looked like the global financial crisis.”

Scott Pelley: “Well, when you talk about cyber risk, what are you talking about? What kind of scenarios are you looking at?”

“That’s a big part of the threat picture in today’s world.”

Jerome Powell: “There are scenarios in which a large financial institution would lose the ability to track the payments that it’s making. Where you would have a part of the financial system come to a halt, or perhaps even a broad part. And so, we spend so much time and energy and money guarding against these things. There are cyber-attacks every day on all major institutions now.”

Cyber crime comes in many forms. They can be:

According to cloud security firm Mimecast, more than six in 10 companies suffered a ransomware attack last year, 79% of all organizations were hurt by their lack of cybersecurity awareness and ransomware attacks are up over 300% in 2020. Clearly, we live in digitally dangerous times where the rapid technological advances in artificial intelligence (AI) are giving the bad guys the upper hand. Unfortunately, there is no bulletproof pre-emptive defense system that thwarts attacks before they have violated some form of protocol. Almost all measures to defeat cyberattacks are responsive to being violated. And all it takes is one opening to penetrate an entire database or network.

One of the challenges with cyberterrorism incidents, as opposed to state-sponsored cyberattacks, is that they are asymmetrical, said Joseph Carrigan, a senior security engineer on the staff at the Johns Hopkins Information Security Institute in Baltimore. When nations are involved in cyber warfare, both sides have infrastructure that can be targeted in retribution — hence they are symmetrical.

That is not the case for terrorists — a group can take down a power grid and there is nothing commensurate that the United States can target in response. That makes fighting cyberterrorism particularly challenging, says Carrigan. In particular, he is concerned about vulnerabilities in the energy and financial sectors, a situation that is exacerbated given that systems today are so interconnected.

Bringing down a power grid for a few hours — “a quick hit if you will, is enough to undermine the confidence and security of the American public.” And that in and of itself has far-reaching effects.” Taking down a power grid for a bit longer — say two or three days — can have a cascading effect on the food supply, water system and economic activity. Taking down the grid for two or three weeks would badly cripple society.

It is very important that individuals and businesses have a cybersecurity response plan in place. Getting hit by cybercrime is not a matter of “if,” but “when,” in this day and age. Investors might also consider having some cybersecurity exposure within their portfolios. The most widely held and broadly traded cybersecurity exchange-traded funds (ETFs) include:

The main takeaway is that isolated attacks, even large ones such as the Colonial Pipeline hack, had no material impact on the stock market, but should serve as a major wake up call to all federal, state and local authorities about preparedness. It would take something on a much larger scale to materially disrupt the financial markets, and the new infrastructure spending bill will no doubt take aim at rapid response systems to restore power, water, communications and Internet services if they were taken down from cyberattacks. At the same time, cyber threats have black swan capabilities, just like pandemics.

So, the largest pipeline in the Southeast delivering gasoline, diesel and jet fuel was hit by a major cyberattack this past week, shutting down supplies to the entire region with up to 20% of service stations running out of gas as of yesterday. The government is calling it a “supply crunch” when, in reality, it’s a gasoline crisis.

Governors from North Carolina, Georgia and Virginia have declared a state of emergency. North Carolina Governor Roy Cooper suspended some regulations to make sure the state has enough fuel. Meanwhile, Georgia Governor Brian Kemp suspended the gasoline tax, and availability may not be the only issue.

The FBI says a group of Russian cyber criminals who call themselves DarkSide is behind the disruption. The pipeline company was forced to pause the line’s operations after the hackers accessed its computer systems. DarkSide claimed to be in it for the money and not for creating chaos. If this can happen to the largest pipeline on the East coast, it can happen to you.

I want to draw everyone’s attention to a new offering that Eagle Financial Publications is bringing to our subscribers — a very compelling service to protect your wealth and privacy in a world fraught with cybercrime, cyberattacks, bank theft, account intrusion, extorsion, ransomware, identity theft, denial of service, password theft, credential stuffing and other violations.

Eagle has partnered up with Concierge Cyber to offer a one-stop destination for all cybersecurity services that provide its members immediate help when they have been violated via the web. Eagle Financial Publications members pay only $250.00 annually to join Concierge Cyber®, which is a discount of 25% off the published price.

Check out the information presented below and put this vital service to work for you and your family’s best interests now by clicking here. A cybersecurity policy should be viewed like health insurance. You never know when an Internet-related crisis will hit your personal life or your business. Take advantage of this offer and have a response plan in place because the risks of all manner of cyberattacks are only growing every day. Get protected ASAP. Here’s a quick overview from the company:

Concierge Cyber® is a service that guarantees members emergency response to a cyberattack through a team of highly credentialed third-party service providers at pre-negotiated and substantially discounted rates.