This past weekend, MarketWatch ran an article titled “Tesla’s Musk Says U.S. Electric Production Needs to Double to Power Transition to EV Vehicles” (October 3, 2021). With most of the attention paid toward electric vehicle (EV) companies and to some extent battery manufacturers, there is little discussion about how transforming the personal and commercial transportation industry to electric from the internal combustion engine will stress the existing electric grid.

“If we shift all transport to electric then electricity demand approximately doubles… this is going to create a lot of challenges with the grid,” said Musk at CodeCon, a conference held at the Waldorf Astoria in Beverly Hills.

The article lays out a couple of key facts that are compelling. For perspective, consider that there currently are about 276 million cars, trucks, buses and motorcycles on United States roads. Only about 1% of them are all-electric, according to the article.

If the EV proponents get their way, where 50% of all new car sales in the United States are all-electric by 2030, the number of all-electric vehicles will be roughly 15%, implying it will take the better part of a generation to convert the majority of gas and diesel-powered vehicles to electric power.

The U.S. consumes roughly 19 million barrels of oil per day. That’s seven billion barrels a year. About 40% or 50% of the barrels are used to power cars, according to BP’s annual energy report. And the idea that renewables will replace fossil fuels by 2035 to generate the majority of America’s electric power, as the Biden administration states, is just fanciful.

The current energy crisis was brought on by Biden and the green lobby that has failed miserably to manage the long-term transition to renewables in an intelligent way. A year ago, the U.S. was energy independent. Today, Biden is on the phone with the Organization of the Petroleum Exporting Countries (OPEC) begging its members to increase production because of all the production curbs being placed on the domestic oil and gas industry. No wonder CEOs of U.S. energy producers are bristling as prices continue to climb to multi-year highs. The Energy Information Agency (EIA) reported in July that electricity demand is growing faster than renewables, driving strong demand for fossil fuels.

“Renewable power is growing impressively in many parts of the world, but it still isn’t where it needs to be to put us on a path to reaching net-zero emissions by mid-century,” said Keisuke Sadamori, the IEA Director of Energy Markets and Security. “As economies rebound, we’ve seen a surge in electricity generation from fossil fuels. To shift to a sustainable trajectory, we need to massively step up investment in clean energy technologies — especially renewables and energy efficiency.” 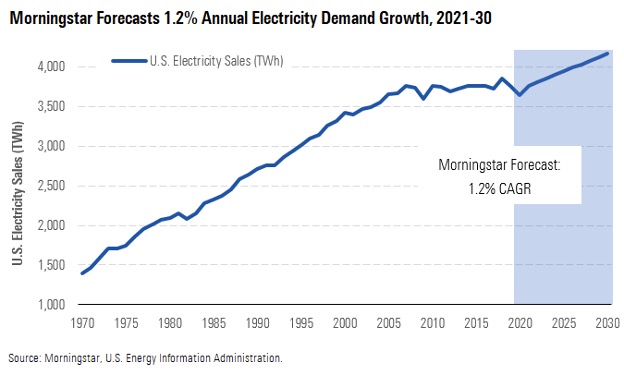 The electrification of America by renewables is a generational task where the largest utility companies will still be the primary providers of power to homes and businesses, requiring expansion of green power plants and distribution networks. To this end, the market might warm back up to the utility sector following a sharp pullback during the month of September against a backdrop of rising bond yields.

Quite simply, if Musk is right, and he probably is, then a case for accelerating sales and earnings growth can be made for the utility sector as gas stations close or convert to charging stations with coffee bars while customers wait 20 minutes for a full charge. It is going to be a new growth phase for the nation’s utility sector, and one that might make investible sense for what should be robust future dividend growth.

Currently, the Utilities Select Sector SPDR ETF (XLU) pays a dividend yield of 3.12% as of its closing price of $63.88 last Friday, and it is down from its near-all-time high of $70.07 on Sept. 1. History would have investors dump utilities when rates rise. But also assumes the transportation industry isn’t going through a gigantic transformational change requiring massive amounts of new electrical output.

XLU has grown its dividend payout by 36% over the past nine years, which is modest for what is a steady, but stodgy industry and market sector.

However, if the sector is about to experience a long runway of faster growth, then the current selling pressure on the shares that could test the $57-59 area if the yield on the 10-year Treasury note challenges 2.0% could be a place to give XLU a hard look. 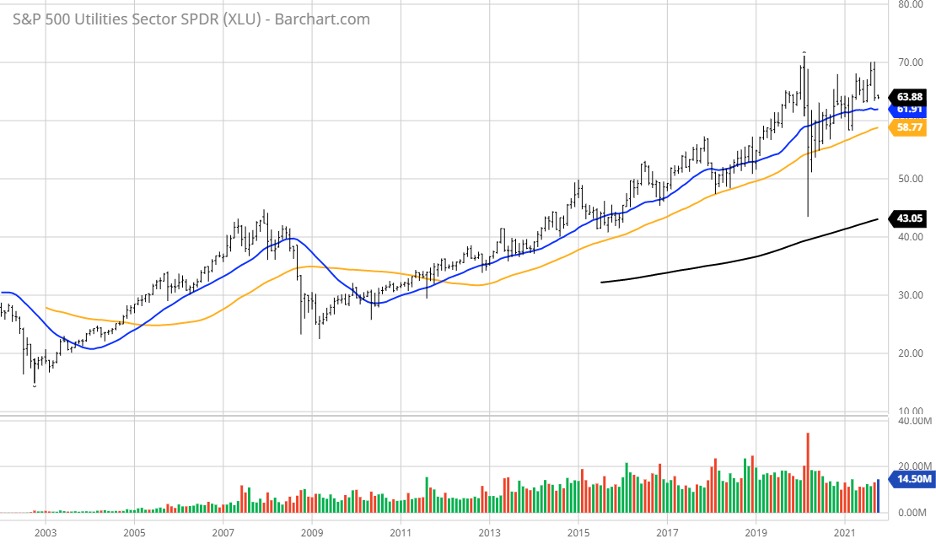 It is hard to imagine the Fed letting Treasury note yields get too elevated before going on a bond-buying binge to tamp down rates. Here’s why: The Congressional Budget Office (CBO) stated, “The federal government spends more on interest than on science, space, technology, transportation and education combined.” This cost will worsen dramatically if interest rates rise. Each 1% rise in the interest rate would increase fiscal-year-2021 interest spending by roughly $225 billion at today’s debt levels. The U.S. national debt stands at $28.8 trillion as of October 1, 2021. 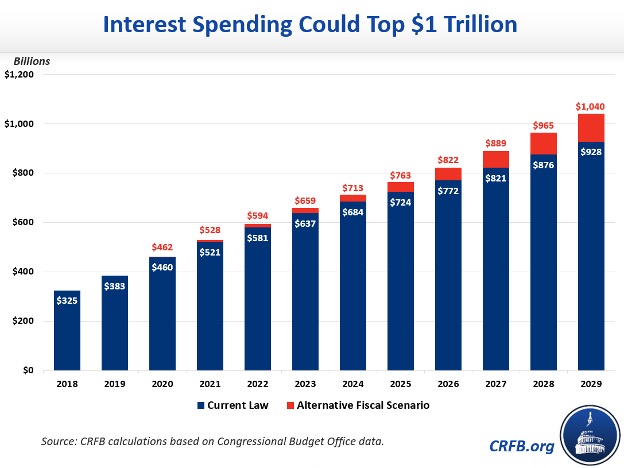 How this federal spending and debt service will all get settled is a moving target of unknown factors and it seems that no career politician wants to ask Fed Chairman Jerome Powell what the plan is for reducing the debt and what higher interest rates mean for carrying the debt load. The Fed alone has exploded its balance sheet to $8.4 trillion from $3.7 trillion in just the past two years. Therefore, further interest rate manipulation is probably in store if yields rise much further.

What is known is that the power grid must grow rapidly to manage the future surge in demand for electricity. The situation suggests that the nation’s utilities are sound investments, with the timing semi-dependent on when bond yields plateau. It might sound counterintuitive now since utilities typically are not good investments when interest rates rise. However, buying shares in the industry’s best companies and funds now may look rather savvy a couple of years down the road.