Last week, Fed Chairman Jerome Powell went before Congress to give his version of the “state of the union’s economy” address, and it was decidedly full of uncertainties but also some necessary admissions to try to help rebuild the Fed’s sorely damaged credibility on understanding inflation in all its forms.

Powell stated the obvious about the impact of strong consumer demand and pandemic constraints on global product supply was “not as transitory as we had hoped. Other mainstream economists and central banks around the world made the same mistake. That doesn’t excuse it, but we thought these things would be resolved long ago.”

This commentary only solidifies just how behind the curve the Fed has been and still is when the global supply shocks before the invasion of Ukraine by Russia were as evident as the Queen Mary showing up in your backyard. Imagine somehow failing to notice. This “hope for the best, and plan for the worst” Fed policy takes way too long to combat inflation. The Fed’s too little, too late response has proven to be a major policy failure. 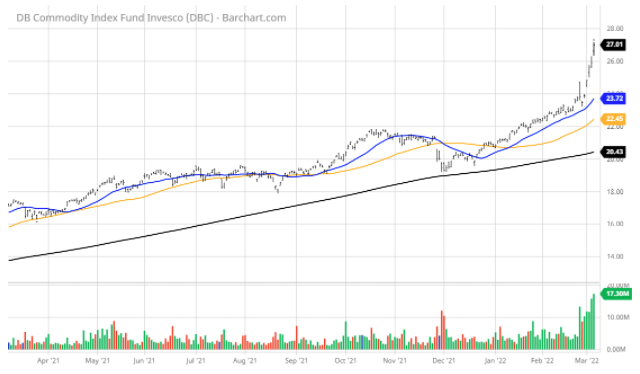 To not fully acknowledge last week that further price spikes in hard and soft commodities would keep or increase elevated inflation levels for longer per the Ukraine situation was not being straight up with the American public. 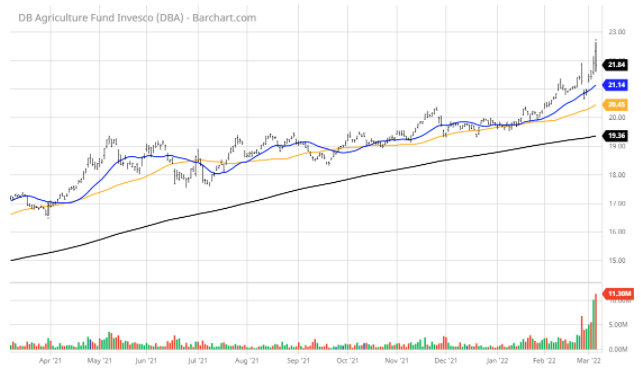 A case in point is that the semiconductor chip shortage just got worse. Palladium and neon are two key resources needed in the production of semiconductor chips. It was reported late last week by Tim Uy, of Moody’s Analytics, that Russia supplies over 40% of the world’s palladium and Ukraine produces 70% of the global supply of neon, so we can expect the global chip shortage to worsen should the military conflict persist.

“During the 2014-2015 war in Ukraine, neon prices went up by several times over, indicating how serious this can be for the semiconductor industry,” Uy wrote in a research note. Semiconductor-exposure companies make up 70% of total neon demand, as it is an integral part of the lithographic process for making chips, he added.

Jerome Powell and the Fed have these data — and these fresh risks to an already critical chip shortage will materially hit industries highly dependent on them: autos, phones, electronic devices and scores of other lines of manufacturers. Powell should have cited this higher risk.

Powell noted that the lookout for the economy is solid, with an “extremely tight” labor market and price pressures that he still expects to recede later in the year. He expects the Fed to raise its benchmark borrowing rate a quarter of a percentage point at the March policy meeting, but added that he will consider potentially larger increases if inflation remains hot. Newsflash: inflation just got hotter this past week. Toss in the fact that wages showed no monthly gains in the jobs data and you have a rising case for stagflation when wages aren’t keeping pace with inflation. Hence, the yield curve continues to flatten with the 2/10 Treasury spread down to 0.24%.

While the U.S. consumer is in relatively very good shape, the Household Saving Rate has decreased to 6.4% in January from 7.9% in December 2021. This number almost assuredly will trend lower in February, March and further out, reflecting the present increases in food, energy and most goods and services. The resultant effect is less future spending by consumers that leads to lower gross domestic product (GDP) growth.

In my view, the best way to combat inflation and generate capital gains and income is to own stocks and ETFs that are trading higher in tandem with prices. ETFs such as those commodity-based funds noted above have been big winners along with the major iron ore producers and sea-going shipping stocks, some of which pay dividend yields in excess of 10%. While many of these assets are technically overbought, investors that aren’t long in these hot assets should consider developing a list to act on when these sectors consolidate and correct.

With the Fed behind the curve, the White House and Congress failing to fix the energy crisis — which lawmakers could do almost immediately — geopolitical events exacerbating global supply chain constraints and a new cold war unfolding with Russia, the stock market is a timely forward discounting mechanism that prices in risk efficiently. Under this assumption, amid any signs of the Ukraine situation abating either in favor of Ukraine or resulting in takeover and control by Russia, the market will likely seek higher ground.

That may sound callous, but it’s not meant to be. It’s just that the market tends to see the end of even ugly situations as a buying opportunity. Contrarian investing means going against the prevailing market sentiment and herd mentality, but is often the most rewarding strategy over time. Baron Rothschild made a fortune buying in the panic that followed the Battle of Waterloo against Napoleon. His famous quote, “the time to buy is when there’s blood in the streets,” has stood the test of time, and it will likely prove just as applicable today as it was 207 years ago.