With bond yields risings and the major stock averages testing and, in some respects, violating the March lows, income investors need to look no further for incredible inflation sensitivity, comfort and tax efficiency than master limited partnerships (MLPs).

As a sub-sector of the broader energy sector, these operators of pipelines transferring, terminalling, storing and gathering oil and natural gas are enjoying the best of bull market conditions at a time when so much uncertainty is weighing on investor sentiment. Sanctions against Russian oil and natural gas by greater Europe and other nations is a massive catalyst for U.S. natural gas exploration, production and infrastructure to get oil and gas to end markets in serious need of filling the Russian void.

The springtime encompasses the “shoulder” months, just before and after summer: March through April and September through October. As temperatures are usually more moderate in late spring and early fall, fewer people rely on natural gas to heat and cool their homes during those times.

This year, the natural gas market is not cooperating with the cooler months that historically usher in lower prices. In fact, nat gas is trading above $7.00/MMBtu as traders bid up futures in anticipation of increased exports and building of inventory for domestic consumption after a period of lower production. If the summer in the United States sees above average temperatures, there is a higher probability for natural gas prices to rise further as power plants increase electrical output to cool homes and buildings. 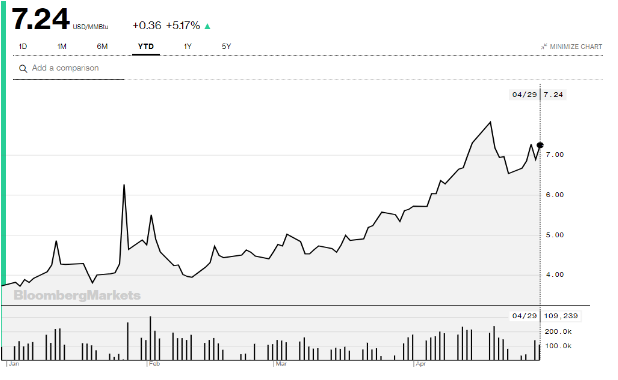 Rapid conversion from coal-fired plants to gas-fired has been underway for many years, and natural gas now accounts for 38.3% of total output. For all their popularity and huge private/public investment, renewables account for only 20.1% of total output, barely overtaking nuclear power generation. 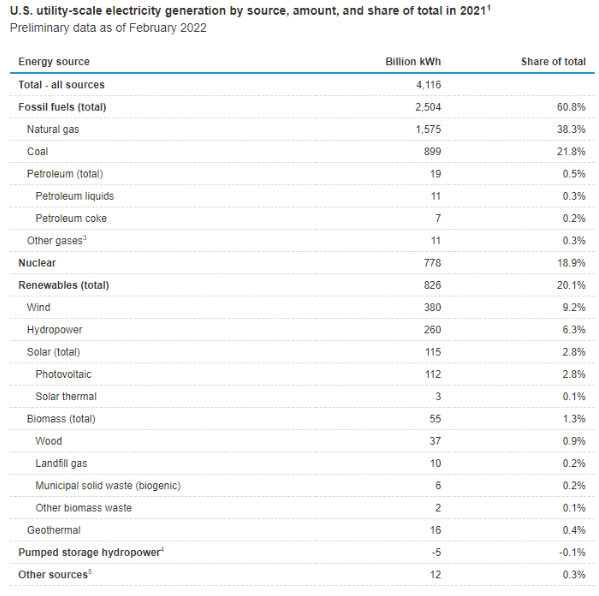 Thankfully, the United States has proven gas reserves that are abundant but declined as drilling activity decreased during Covid. Now that the economy is reaccelerating, demand for gas both here and abroad is on the rise and, in some places, sharply so. 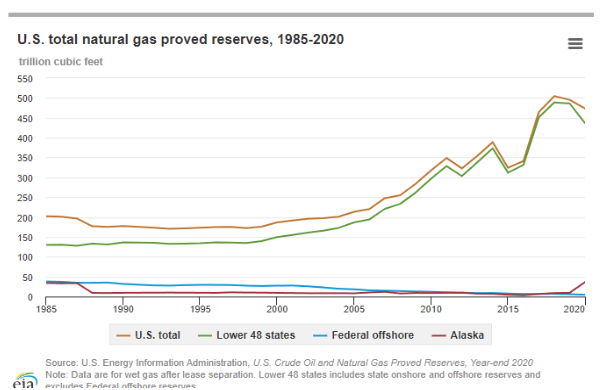 And then there is the issue with Europe moving off of Russian gas that accounts for about 30-40% of all imported gas. Germany is Russia’s biggest customer in Europe. On March 17, the Biden administration authorized an increase in liquified natural gas (LNG) exports to Europe in what sounded like a good decision at first, but President Biden and his energy people apparently didn’t get the memo that there is no more capacity at all the LNG terminals in the United States.

The seven active LNG terminals in the United States are operating at 100% capacity now, with about 24% of all exports in 2021 going to Europe. Sure, more LNG terminals are under construction, but only two are scheduled to be activated later this year.

What is well underway is an environment of sustained strong demand and pricing for natural gas for both the domestic and international markets. And as more of these LNG plants come online in the next couple years, the extra capacity will only stoke exports to markets thirsty for an abundant energy source that can replace dirty coal.

Under this assumption, these perfect-storm conditions are a collective catalyst to the oil and gas pipeline infrastructure stocks to where they look poised to continue their fundamentally supported rally. This brings me to a very simple and uncomplicated approach for income investors to have and hold for the balance of 2022 and possibly well into the future.

I’m talking about MLP ETFs that pay huge yields without the misery of generating K-1 reports, making these investments suitable for both taxable and retirement accounts. 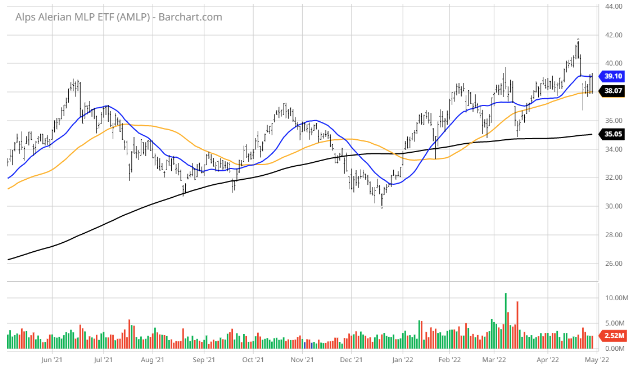 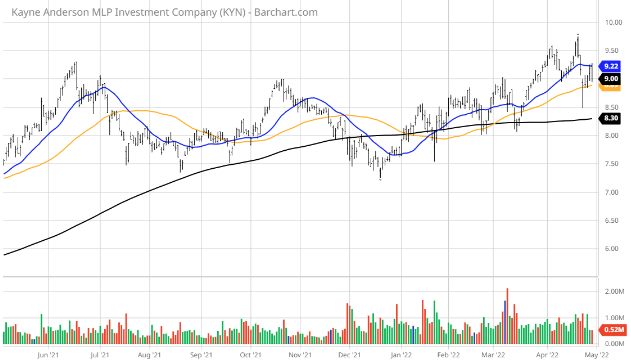 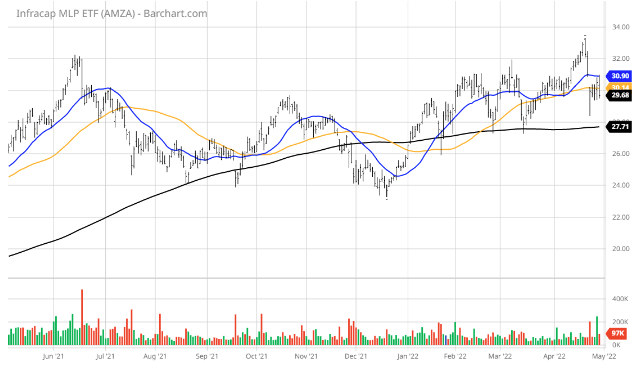 Granted, there is a lot of stock holding overlap in these four ETFs. Hence, their bullish charts are similar. But what is clear about these income securities is that they generate 1099s instead of K-1s, have outstanding yields with rising distributions invested in what is an industry that enjoys its very best years in existence. Bear market? Not here, my friends.